“‘Citizen Soldier’ is the first film to honor the National Guard in a way that has never been shown,” Salzberg said. “They’re shown in their home environment along with the combat they experienced … hopefully, a lot of people will see it, but if it helps one person, then we did more than we expected.”

The film tells the dramatic story of the Oklahoma Army National Guard’s 45th Thunderbirds Brigade and its deployment to one of the most dangerous parts of Afghanistan during the height of the war.

“This is an awesome opportunity to show these films to fellow students and people in our community,” said Vince Williams, a former Marine, current FSU undergraduate student and president of the Collegiate Veterans Association. “It gives them a short snapshot of what veterans do and what they go through.”

It was the second time Salzberg and Tureaud received the Torchlight Award, which is given annually to selected filmmakers who illuminate issues affecting veterans. Last year, they were honored for their film, “The Hornet’s Nest.”

“I’d like to thank the film’s directors, David Salzberg and Christian Tureaud, for putting a spotlight on the contributions of our National Guard,” said FSU President John Thrasher. “They have really made it their mission to honor our military personnel in their films by showing them as they are — real people and real heroes.”

Today, The U.S. military is relying on the National Guard more than ever — about 50 percent of the nation’s citizen soldiers have combat experience. Guard units have served all over the world — and many times over in Iraq and Afghanistan.

A majority of the footage for Salzberg and Tureaud’s film came directly from the cameras of 45th Thunderbirds Brigade members. Florida State is donating Torchlight Awards to the National Guard Association of the United States in Washington, D.C., and to the Oklahoma National Guard museum in recognition of the Guard members who contributed to the film.

“When I first saw this film, it was so completely immersive because it’s filmed with helmet cams and chest cams, and you’re in the battle with the men and women,” said Paul Cohen, executive director of the FSU Torchlight Program. “It’s an education, and in that sense, it serves the community and the mission and vision of the Student Veteran Film Festival.”

The festival is a one-of-a-kind event with a mission to raise awareness of student-veterans’ issues and bridge the gap between veterans and the community.

“Academic leaders are looking for diversity of thought all the time and are challenging each other all of the time,” said Frank Patterson, dean of the College of Motion Picture Arts. “That’s how learning really happens. We’re causing discussions because of the diversity of backgrounds that come with our veterans. That’s evolved quite nicely over the past six years.” 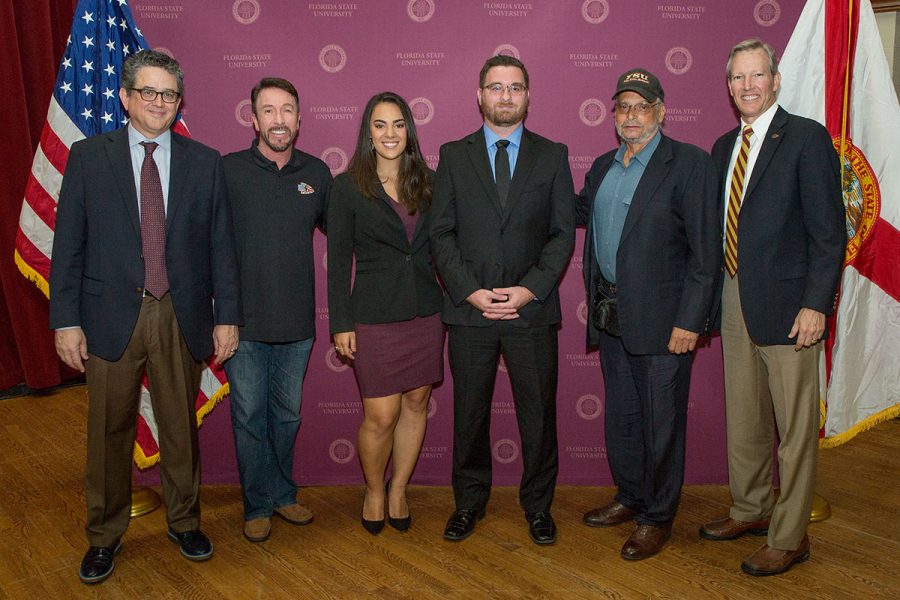 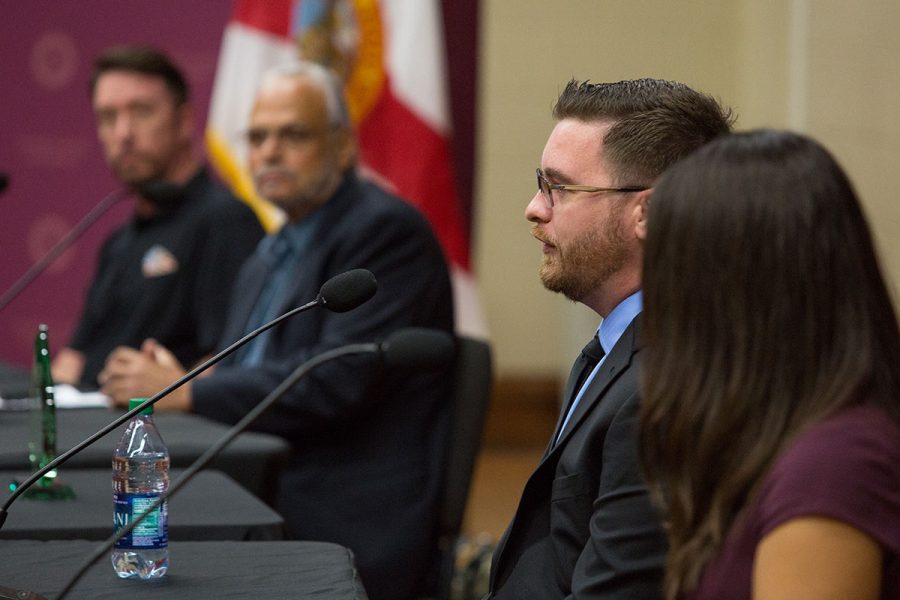 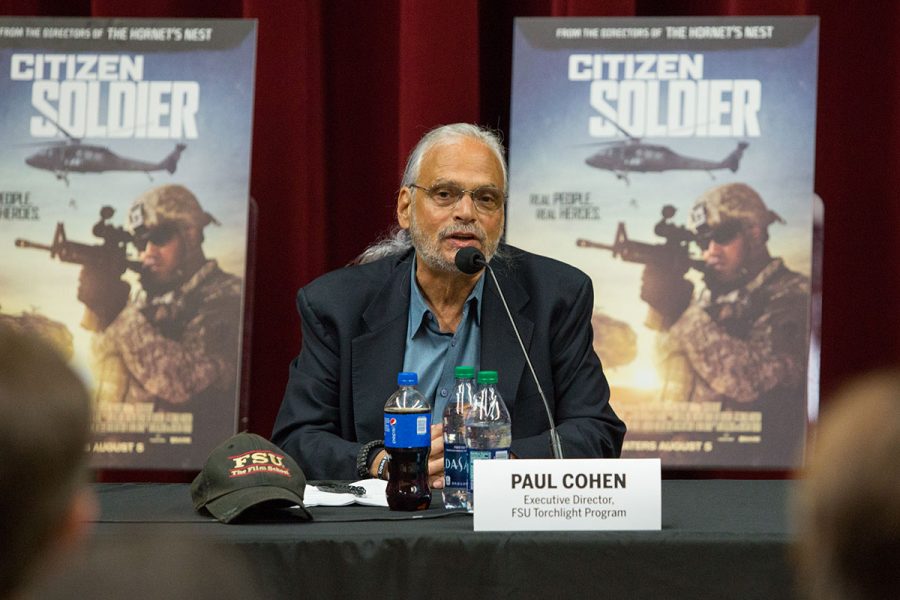 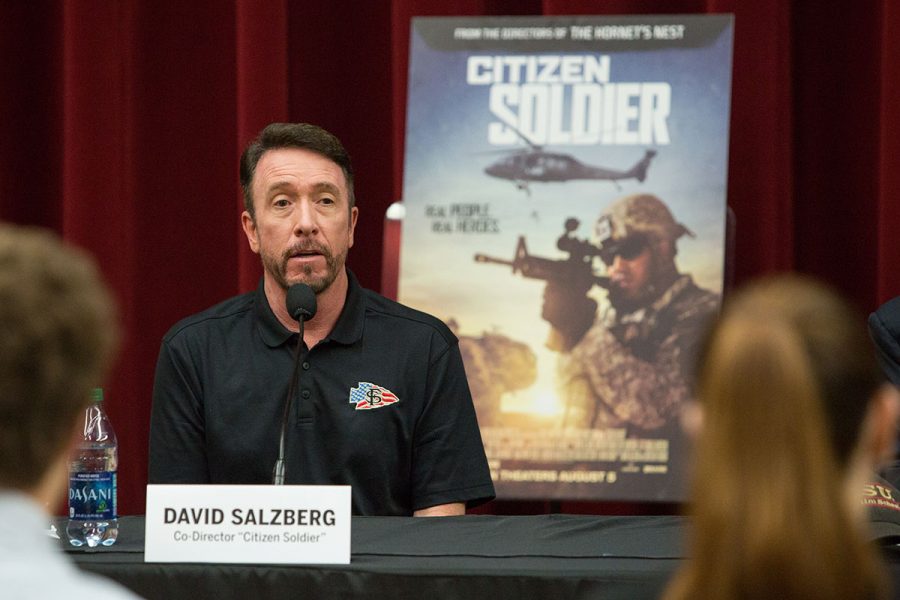 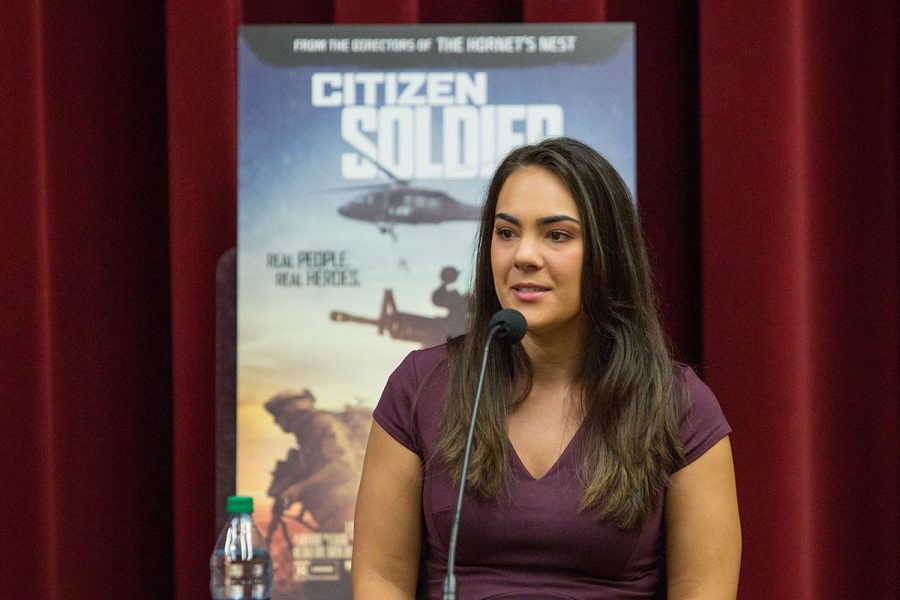 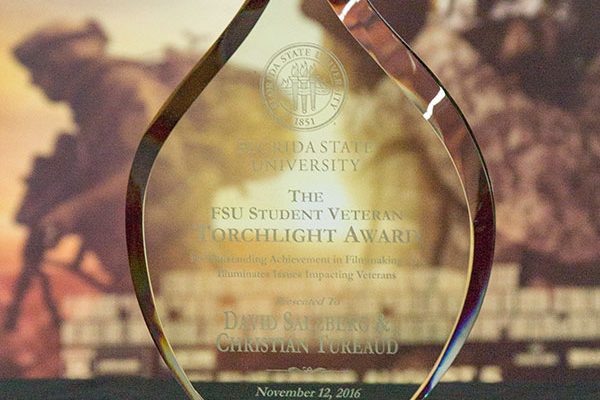